In the middle picture Jack Sankey of Leigh mentioned in the first report below is on the far left next to Ron Wallwork.

Grateful thanks to Guy Goodair for digging out these reports, despite being on one leg, which though was straight upon contact – more in the pipeline. 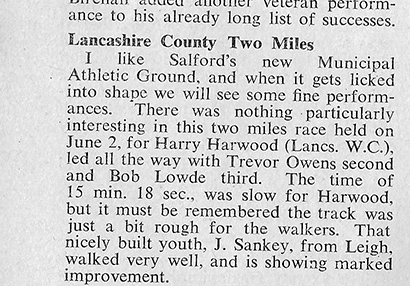 Alfred Scorer, President of the Lancashire Walking Club, penned a Race Walking column for the journal, ‘Athletics Review’ laced with innocent and amusing turns of phrase – witness his comment below on 71 year old Jack Tempest. “The recent summer has tanned that well developed body of his and many risk a backward glance!” 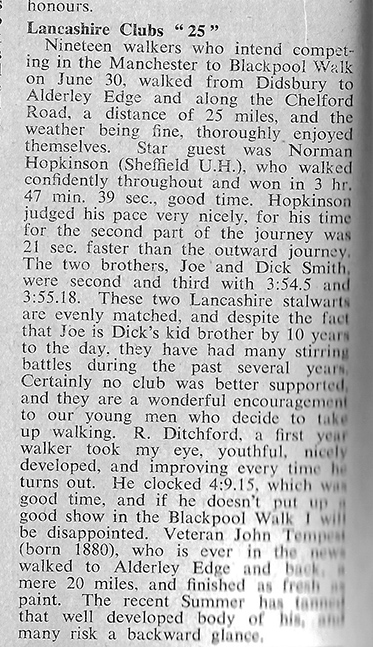 Ron Marsden, who won the Novice Race, remained a pillar of the club for over six decades.

And seeing we are talking novices a plug for Terry and Linda McDermot’s  splendid  initiative, the Teeside Walking League – first 5k race on March 30.