Adrian Edwards reports from the National 50 kilometres championship, where he almost pulled off a hat-trick of individual victories. Great respect to both Adrian and Roy for hanging in when things weren’t going their way. Frankly the out and back 500 metres for a 50 kilometres sounds a nightmare.
3 years in a row for the red rose.
I had another bad day at the office but got over the line. Roy was on schedule at half way, but slowed a bit and it was going to be close, he put in a spurt near the end and came home with 2 minutes to spare. 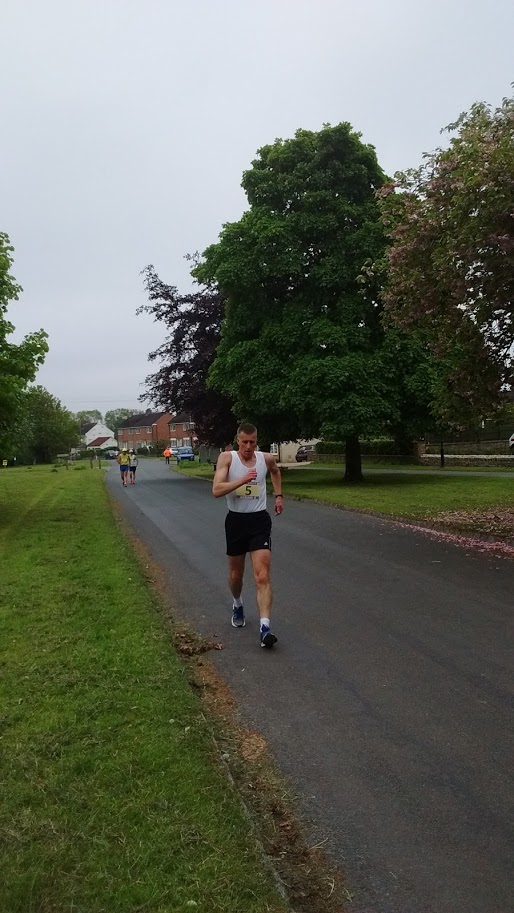 They were really strict. Someone who has only been walking 2 years, doing his first 50K, got to 49 with 3 minutes to go and they wouldn’t let him finish. They wouldn’t wait an extra 5 minutes. He was fine about it and said he’ll just have another go next year. Good man, I would’ve spat my dummy out! 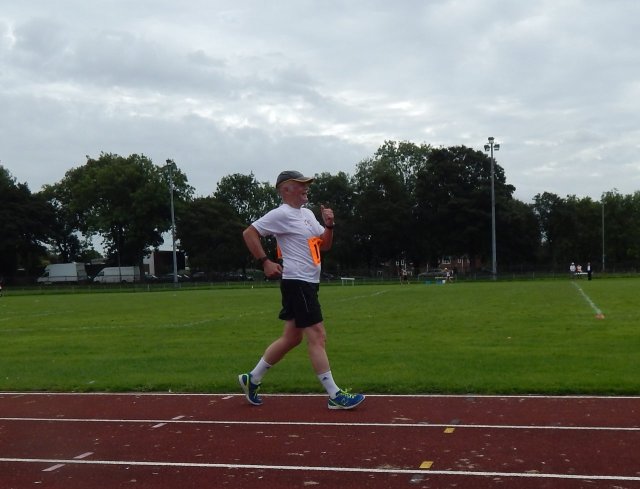 I was talking to some officials who said if Roy didn’t get over the line in the required time they wouldn’t award a team trophy, ignoring the classification from 35K rule they have sometimes used. So well done the man. He gets my vote for long distance performance of the year. It’s not an easy course 500 metres out and back on a bend, tight turns at each end and an awkward road camber, being a cycle circuit. He walked well, 50K is tough at any age.

A number of our walkers supported the Annual Ryan Cup event, walking for the Civil Service against the Police, held mid-week on September 23. Pat Evans was an excellent second in the Women’s 5k, clocking 32:36. 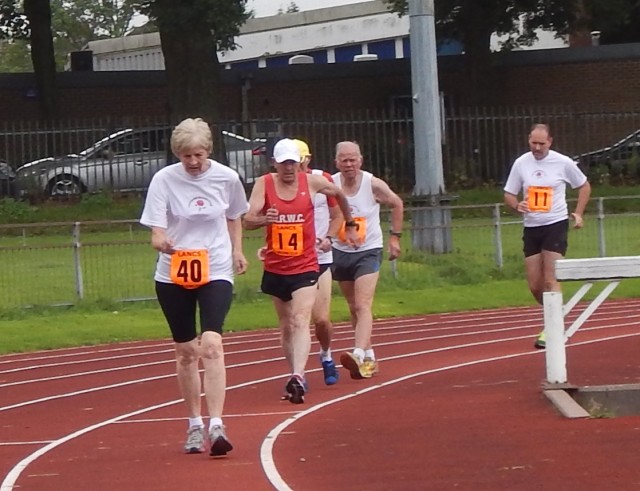 Pat leads the lads at Bury

In the Men’s 10k Peter Crahan, Dave Evans and John Crahan packed tightly, finishing in 64:02, 64:14 and 64:30 respectively. Indeed Dan Maskell and Glyn Jones, great supporters of our events, must like Lancashire’s company on the road, for they clocked 63:51 and 64:12. It looks as if you could have thrown the proverbial blanket over the lot of them.

Roy Gunnett reports:
Glyn Jones and Stuart Edgar, who travelled up from the Midlands, gained first and second places in the race – and in a madcap sprint finish, it would seem!?
John Crahan won the handicap and was awarded the Albert Rigby Shield.
The weather was dry and mild for October.
Marshall and Kath Barnard provided, as usual, excellent post race refreshments. 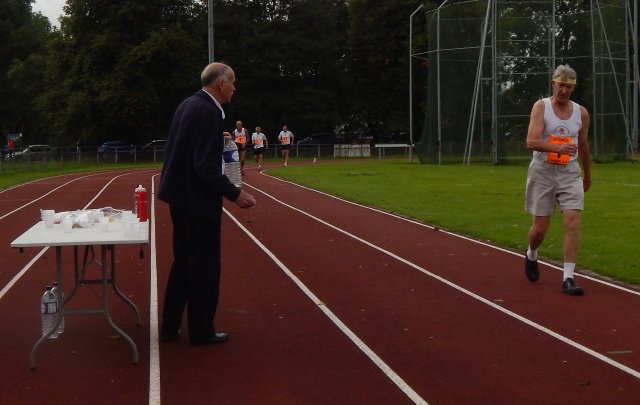 Glyn manning the feeding station at Bury and keeping a close eye on Ron’s technique!

A decision was taken following the race to swap the next two races around, namely:

The reason for this swap is because Fred unfortunately has some health problems – which are currently being treated. He will need some recovery time to get over his treatment and therefore he will not have time to do the considerable amount of work required to prepare for an AGM to take place on the original 5th Nov. date. Swapping the races around will give the extra time needed by Fred.

I’m sure we all wish Fred all the very best and hope to see him fighting fit at the beginning of December.